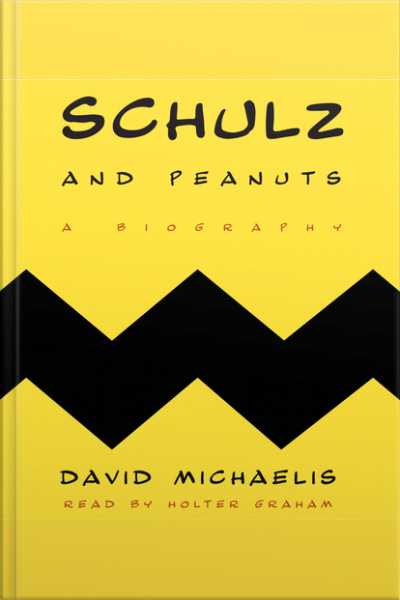 Charles M. Schulz, the most widely syndicated and beloved cartoonist of all time, is also one of the least understood figures in American culture. Now acclaimed biographer David Michaelis gives us an in-depth biography of the brilliant, unseen man behind Peanuts.

It is the most American of stories: How a barber's son grew up from modest beginnings to realize his dream of creating a newspaper comic strip. How he daringly chose themes never before attempted in mainstream cartoons—loneliness, isolation, melancholy, the unending search for love—always lightening the darker side with laughter and mingling the old-fashioned sweetness of childhood with a very adult and modern awareness of the bitterness of life. And how, using a lighthearted, loving touch, and a cast of memorable characters, he portrayed the struggles that come with being awkward, imperfect, human.

Based on years of research, Schulz and Peanuts is the definitive epic biography of an American icon and the unforgettable characters he created.