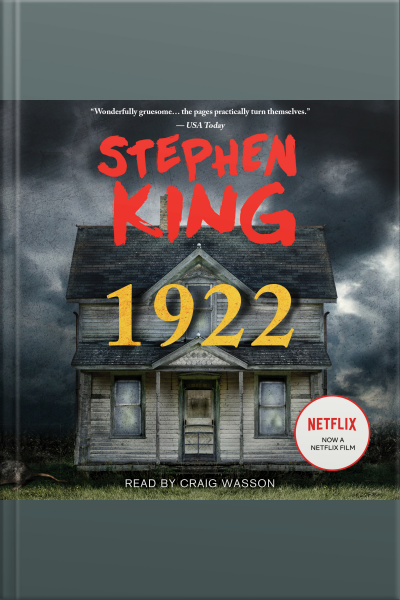 The chilling novella featured in Stephen King’s New York Times bestselling collection Full Dark, No Stars, 1922 is about a man who succumbs to the violence within—setting in motion a grisly train of murder and madness.

Wilfred James owns eighty acres of farmland in Nebraska that have been in his family for generations. His wife, Arlette, owns an adjoining one hundred acres. She wants to sell her land but if she does, Wilfred will be forced to sell as well. James will do anything to hold onto his farm, and he'll get his son to go along.

Betrayal, murder, madness, rats, 1922 is a breathtaking exploration into the dark side of human nature from the great American storyteller Stephen King.