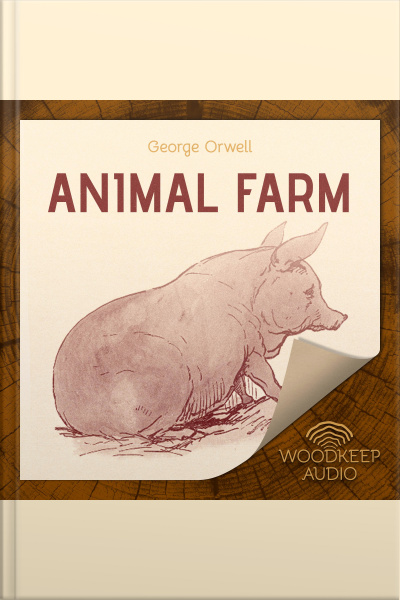 The allegorical novella ‘Animal Farm’ by George Orwell was first published in 1945. It is the story of farm animals that rebel against the farmer, intending to establish a society where the animals can be equal, free, and happy. With stirring slogans, they set out to create utopia. However, the rebellion is betrayed and the farm ends up in a state worse than it was before, under the dictatorship of a pig named Napoleon. When ‘Animal Farm’ was first published, Stalinist Russia was its target. Today it is quite clear that wherever and whenever freedom is suppressed, the message of George Orwell’s masterpiece is still relevant. Time Magazine chose the book as one of the 100 best English-language novels from 1923 to 2005. It also features at number 31 on the Modern Library List of Best 20th-Century Novels.